EG Justice stands with the people of Equatorial Guinea to protect their rights and dignity as human beings. We root out and challenge corruption head on.Under the rule of Teodoro Obiang Nguema, the world’s longest ruling head of state, Equatorial Guinea remains a highly corrupt and poor nation. Massive oil revenues are stolen and squandered by the presidential family to maintain a lavish lifestyle while the majority of the people live in poverty.

The regime severely curtails all basic rights and liberties, including freedom of expression, conscience, assembly and association.

It arbitrarily detains, tortures, imprisons, kidnaps and disappears dissidents.  and it disdains political opposition, independent media, civil society, trade unions, or any associations it does not control.

EG Justice stands with the people of Equatorial Guinea to protect their rights and dignity as human beings. We root out and challenge corruption head on.We work with people in the community to document and accurately report instances of human rights violations and corruption; and we use media and targeted advocacy to demand accountability (seek redress) for those harmed and to create an enabling environment for critical voices.

We collaborate strategically with local and international lawyers, journalists and the youth to create and objective record of human rights violations and kleptocracy.

We use and support legal & non-legal mechanism to influence policy makers to encourage reform.

We connect local actors to resources and training to facilitate their work as the drivers of change.

We use traditional and new media to inform and engage our target audiences.

Staff
Board
Advisory Board
Supporters 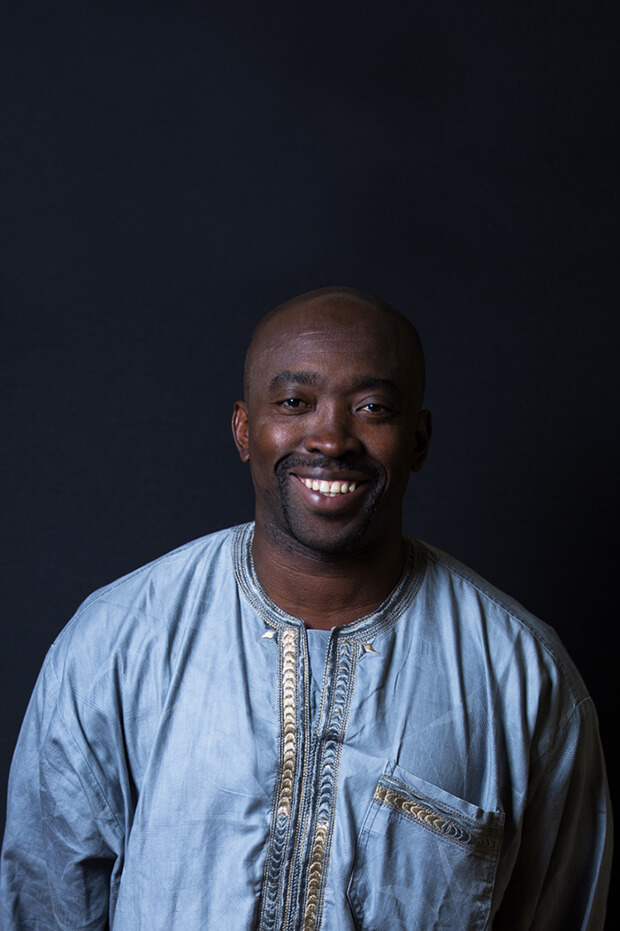 Tutu Alicante is from Annobón, Equatorial Guinea. Before founding EG Justice, Tutu worked as a legal consultant with international NGOs, promoting legal accountability and transparency in the extractive industry. In 2007, he received a fellowship from Echoing Green to establish EG Justice. Prior to that, he worked as an employment attorney with the Southern Migrant Legal Services, where he represented migrant farm-workers. Tutu holds a Masters in Law degree from Columbia Law School and a law degree from the University of Tennessee. 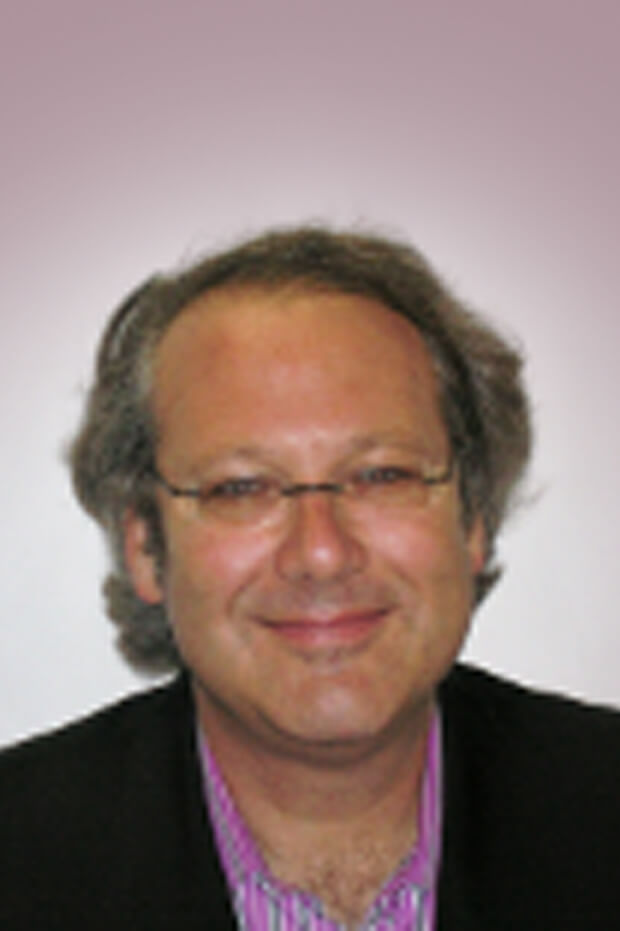 Bennett Freeman is Senior Vice President for Social Research and Policy with Calvert Group, a socially responsible mutual fund firm. Prior to his work with Calvert, Mr. Freeman headed Burson-Marsteller's corporate social responsibility practice group in the U.S. As U.S. Deputy Assistant Secretary of State for Democracy, Human Rights and Labor, Mr. Freeman was responsible for conducting the State Department’s bilateral human rights diplomacy around the world. He led the development of the Voluntary Principles on Security and Human Rights, recognized both as the first human rights standard developed by governments, companies and NGOs for the extractive sectors and as the first standard for companies operating in conflict zones in any sector. Mr. Freeman sits on the board of directors of the U.S. division of Oxfam America. He is also a member of the Business and Economic Relations Group of Amnesty International USA. 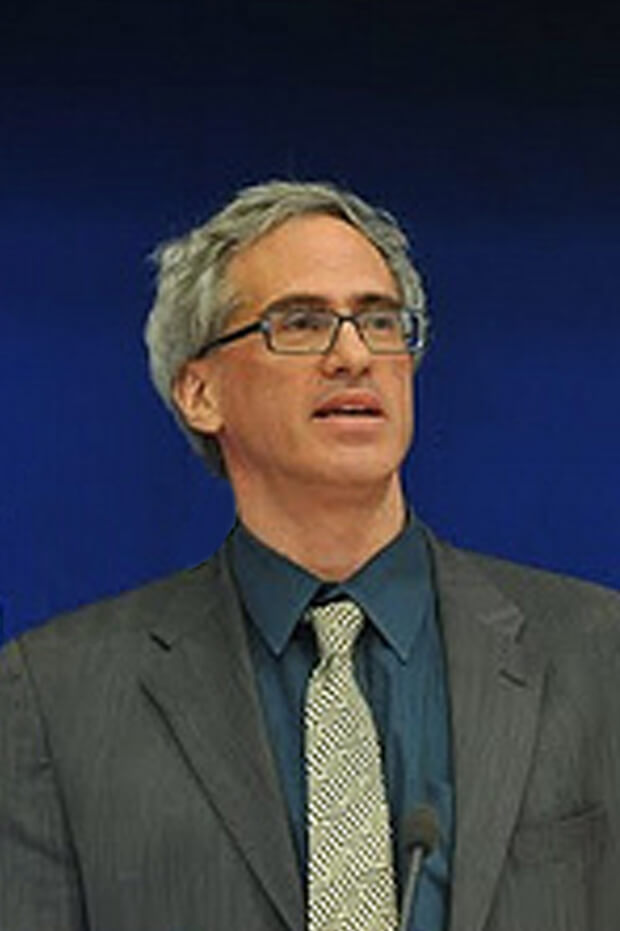 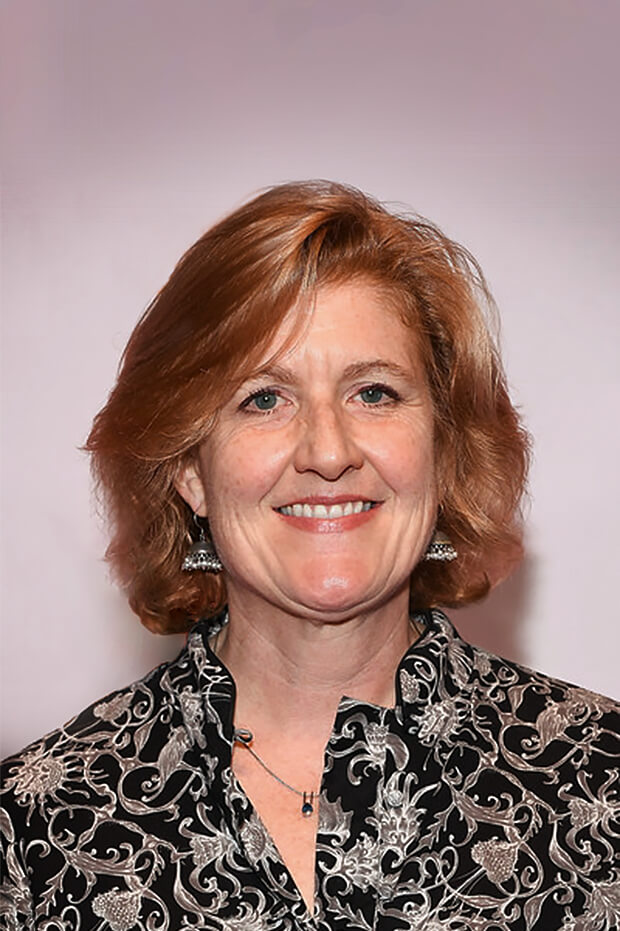 Regan E. Ralph is the founding executive director of the Fund for Global Human Rights. Prior to launching the Fund, Regan was Vice President for Health and Reproductive Rights at the National Women’s Law Center in Washington D.C. where she led advocacy, policy, and educational strategies to promote the quality and availability of health care for American women.  From 1992-2001, Regan helped build and ultimately directed the Women’s Rights division of Human Rights Watch, where she developed campaigns to ensure the prosecution of sexual violence in conflict as a war crime, to secure recognition of gender-based persecution as grounds for asylum, and to promote women’s rights in countries including Russia, Egypt, Turkey, South Africa, Pakistan, and Mexico. Regan is a graduate of Harvard University and Yale Law School, and studied international law at the London School of Economics and Arabic at the American University in Cairo.  She serves on the board of EG Justice, the advisory council of the Women’s Law and Public Policy Fellowship Program at Georgetown University Law Center, and the advisory committee of The Council for Global Equality. 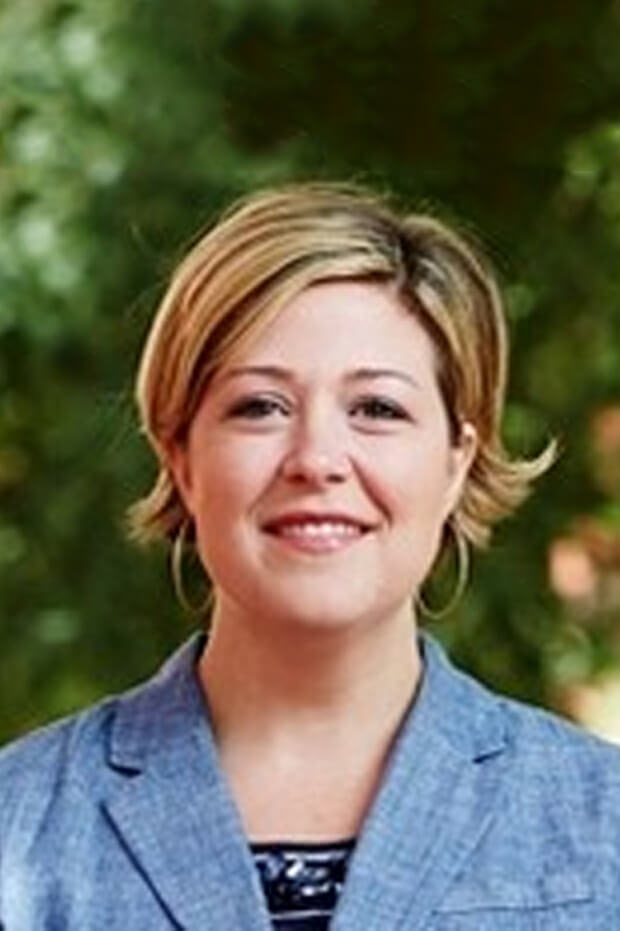 Sarah Pray is a Policy Analyst for Africa at the Open Society Foundations (OSF),where she  works closely with colleagues from the OSI Africa foundations and the broader network to advance the Foundations’ advocacy priorities in the Washington D.C. policy community. Prior to joining the Foundations, Ms. Pray was the coordinator of the Publish What You Pay United States coalition, advocating for corporate and government transparency and accountability in the oil, gas, and mining industries. Ms. Pray also worked at the Robert F. Kennedy Center for Human Rights as a human rights attorney, where she partnered with Delphine Djiraibe to establish the first ever public interest law firm in Chad. Ms. Pray received a J.D. from Boston College Law School and a B.A. from the University of Michigan. 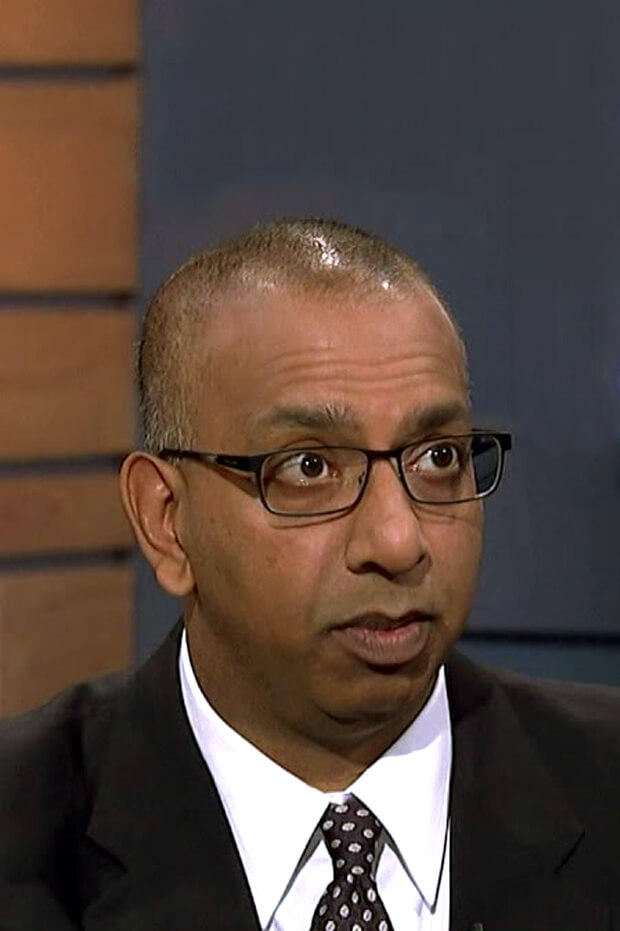 Arvind Ganesan, director of Human Rights Watch's business and human rights program, is involved in research, advocacy, and policy development for Human Rights Watch on issues involving business and human rights, with a primary focus on the energy industry. Currently, his program focuses on human rights issues related to the extractive industries, labor rights, trade, and the economic interests of militaries. Mr. Ganesan has worked on a number of other issues related to corporate responsibility— including the internet and human rights—covering countries such as Azerbaijan, Burma, China, Colombia, the Democratic Republic of Congo, Equatorial Guinea, India, Indonesia, and Nigeria. Before joining Human Rights Watch, Mr. Ganesan worked as a medical researcher. He attended the University of Central Oklahoma and the University of Oklahoma. Mr. Ganesan speaks Kannada and Tamil. 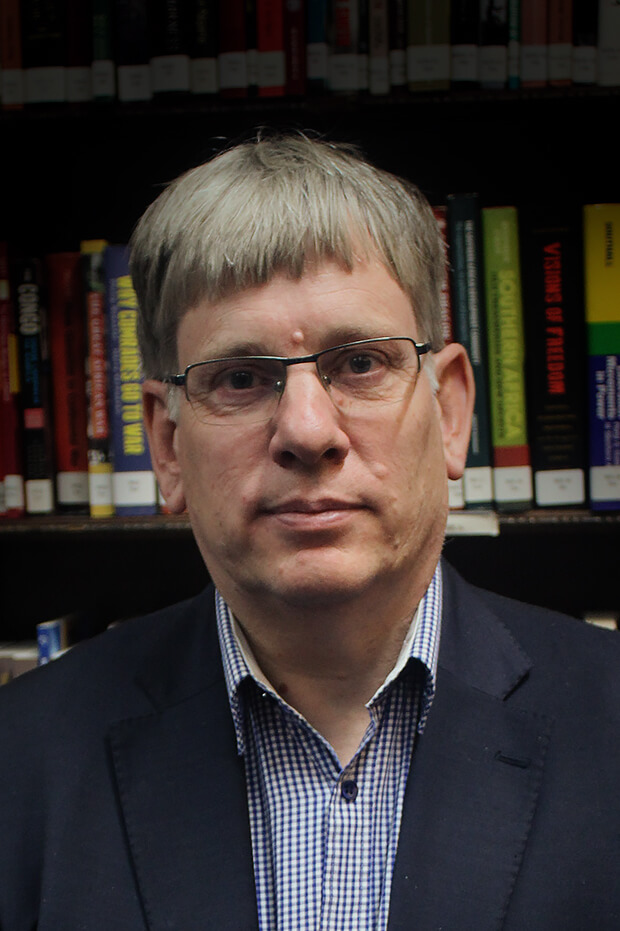 Alex Vines has been head of the Africa Programme at Chatham House since 2002 andbecame research director for risk, ethics and resilience in 2019. He is anassistant professor at Coventry University, and sits on the editorial and advisory Boards of several leading academic journals on Africa. He chaired the UN Panel of Experts on Côte d’Ivoire from 2005 to 2007 and was a member of the UN Panel of Experts on Liberia from 2001 to 2003. He also worked at HumanRights Watch as a senior researcher on its Africa, Arms and Business and HumanRights programmes, and has served as a consultant including for the UN Office on Drugs and Crime (UNODC); JICA, DFID, USAID, the EU and for the EconomicCommunity of West African States (ECOWAS). He has also written expert reports for the EU parliament and has testified to law makers including for the USCongress and Senate, the EU parliament, the UK and Finnish parliaments and theAngolan and Mozambican National Assemblies. In 2008, Dr. Vines was awarded an OBE in the Queen’s birthday honours in recognition of the work he has done infounding and developing the Africa Programme. 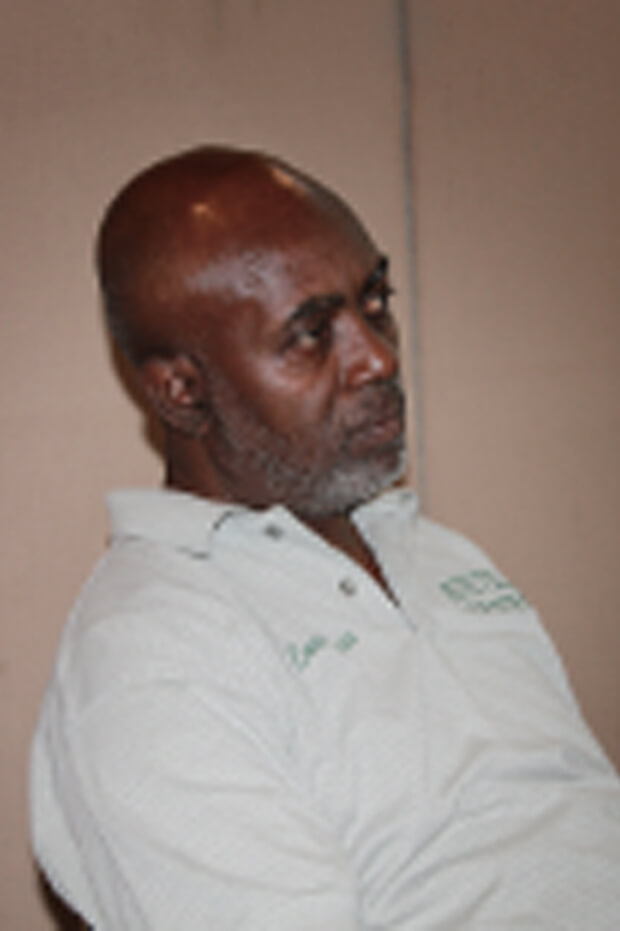 Mr. Davies has written a number of books, essays, and collection of poems about Equatorial Guinea, including El Rincón de Polopó (Polopó's Pub), Siete Días en Bioko (Seven Days in Bioko), Abiomo, Héroes (Heroes), Reconciliación (Reconciliation), La Última Escalada (The Final Step), “Héroes Desvanecidos (Fallen Heroes): Remembering all our fallen heroes, not for vengeance but so their names can never be forgotten”, and “Guinea Ecuatorial: la Generación del 68. Sueño Perdido, Realidad Recuperable” (Equatorial Guinea: The Generation of 68. Dream Lost, Reality Retrievable). Mr. Davies was born in Lubá, a southern province on Bioko Island, Equatorial Guinea, and completed his secondary studies at el Instituto Nacional Cardenal Cisneros (Cardinal Cisneros National institute) in Malabo, Equatorial Guinea before heading to Spain to attend the Instituto Nacional de Educación Física y Deportes (National Institute of Physical Education & Sports) in Madrid, where he obtained the degrees of Professor of Physical Education and a Masters in Olympic Sports. In 1975, Mr. Davies moved to the United States, where he received his Masters of Spanish Literature from Seton Hall University. He taught Spanish and Physical Education at the Montville Institute in New Jersey from 1981 to 2010. Mr. Davies is now retired and is dedicating some of his newly earned free time to helping improve the sociopolitical and economic conditions of Equatoguineans living both inside the country and abroad. 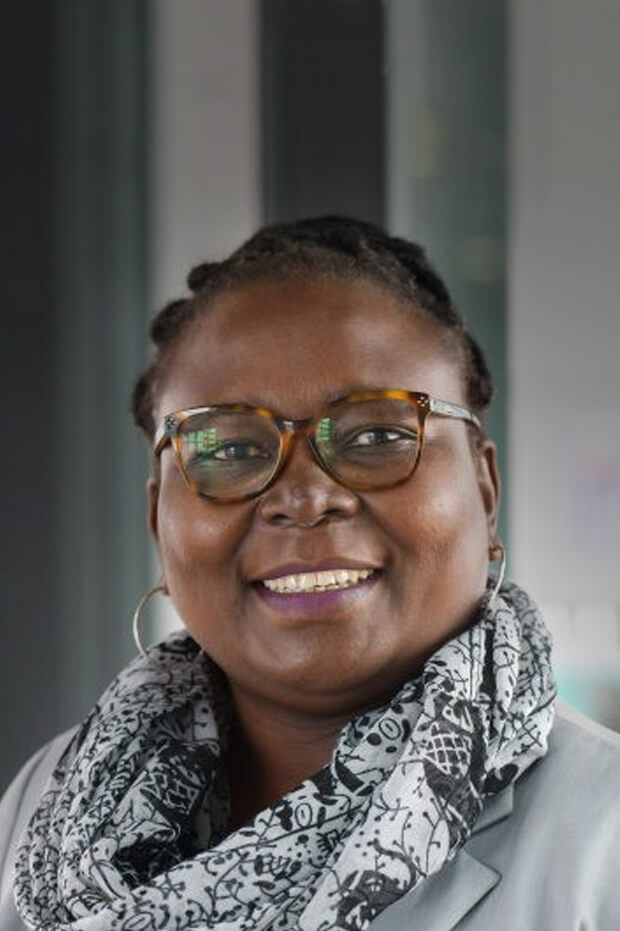 Delphine Djiraibe is a human rights and environmental activist in Chad, her native country, where she is founder and chief attorney of the Public Interest Law Center. Prior to her work at the Public Interest Law Center, Ms. Djiraibe co-founded the Chadian Association for the Promotion and Defense of Human Rights. Ms. Djiraibe led a relentless campaign to ensure that the Chad-Cameroon Oil Pipeline Project followed environmental and social standards, and she continues to fight so that profits from the project are allocated to Chadian education, health, and development. In addition to her work on the pipeline project, she is concerned about Chadian access to justice and is in the initial stages of creating a Center for Conflict Resolution, an alternative dispute resolution body for family and land disputes. In 2004, she was awarded the Robert F. Kennedy Human Rights Award. 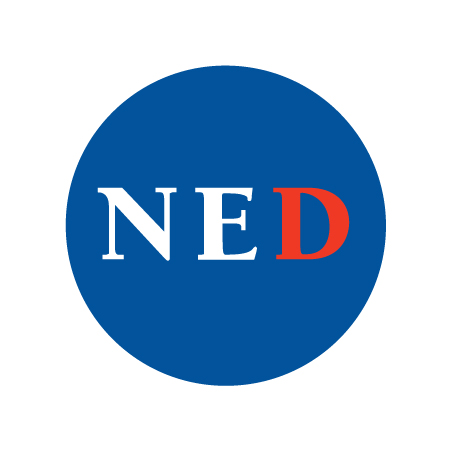 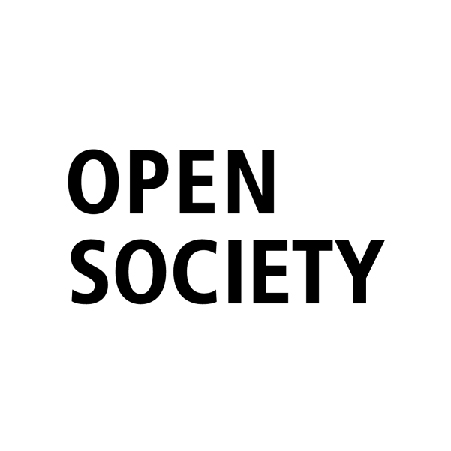 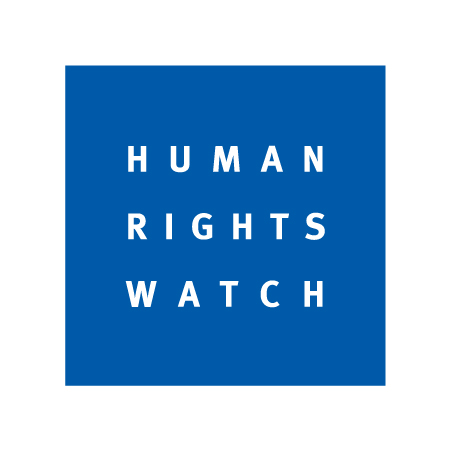 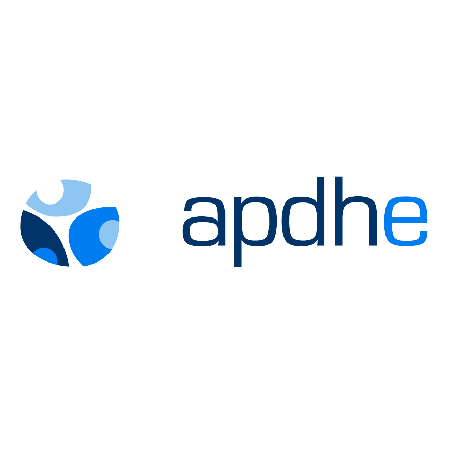 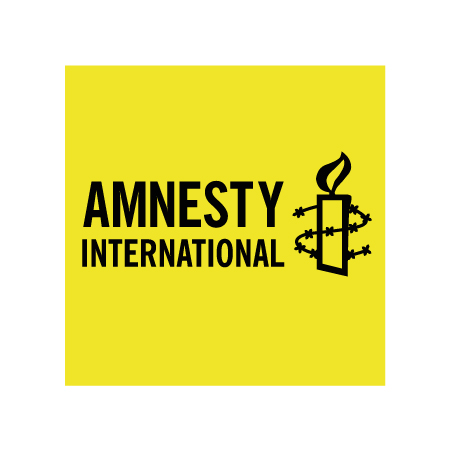 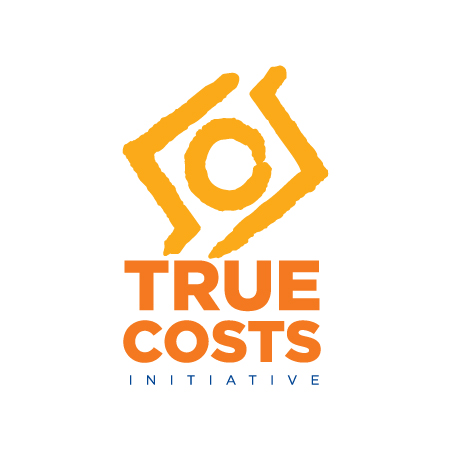 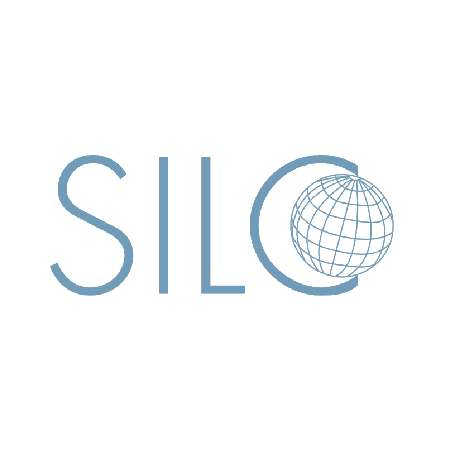 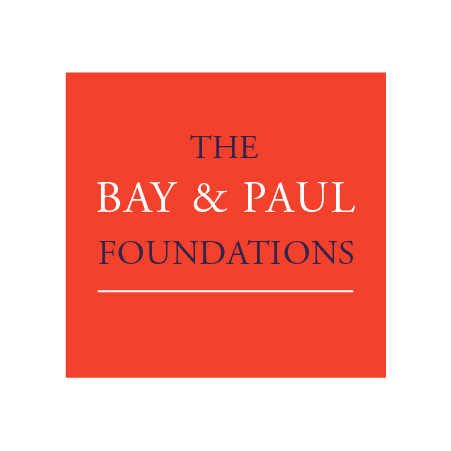 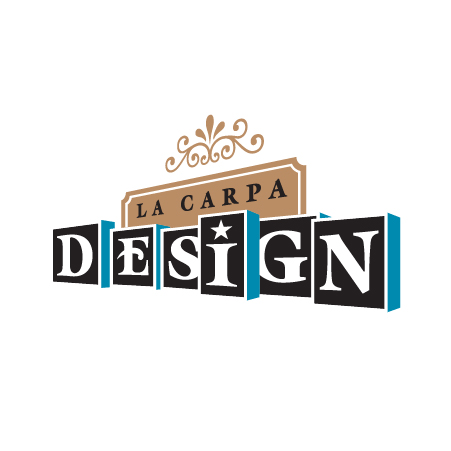 EG Justice stands with the people of Equatorial Guinea to protect their rights and dignity as human beings. We root out and challenge corruption head on.EG Justice defends human rights and fights corruption in Equatorial Guinea—a nation besieged by a five-decade history of corruption, poverty and repression. Impunity and fear are rampant, thus, change comes at a slow and incremental pace, and as the result of concerted efforts of numerous local and international groups and activists.

Consequently, we look at many different factors to measure our impact—raising the profile of Equatorial Guinea globally, becoming a vital source of information for researchers, journalists and policy-makers, serving as a bridge  between local actors and the international community, facilitating essential skills and tools to spur new voices in the country and in the diaspora, helping to open spaces for local actors to pave the path for reform, bringing perpetrators before courts, and mounting pressure against corrupt officials—each is a step forward in the pursuit of justice and accountability. 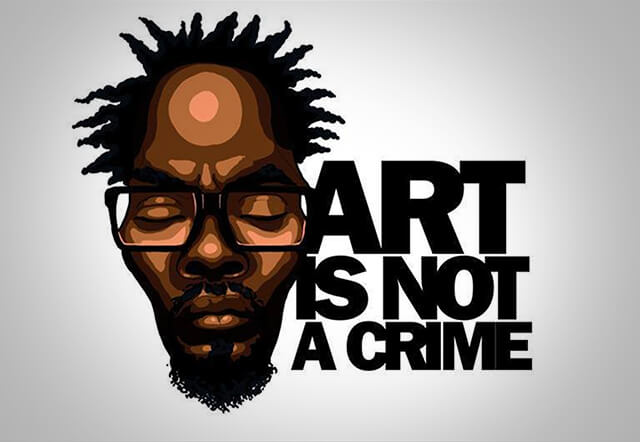 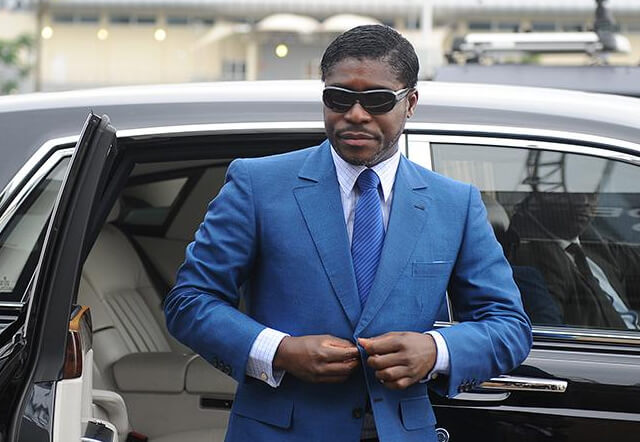 EG Justice collaborated closely with TI France and Sherpa International to support their efforts in the trial against Vice-President Teodoro Obiang Mangue. 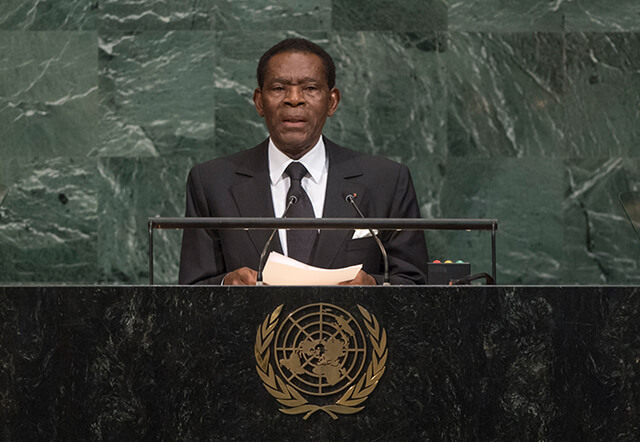 Working with 7 human rights organizations EG Justice led an advocacy campaign to revoke the Obiang UNESCO prize, which was finally suspended after our global protest.