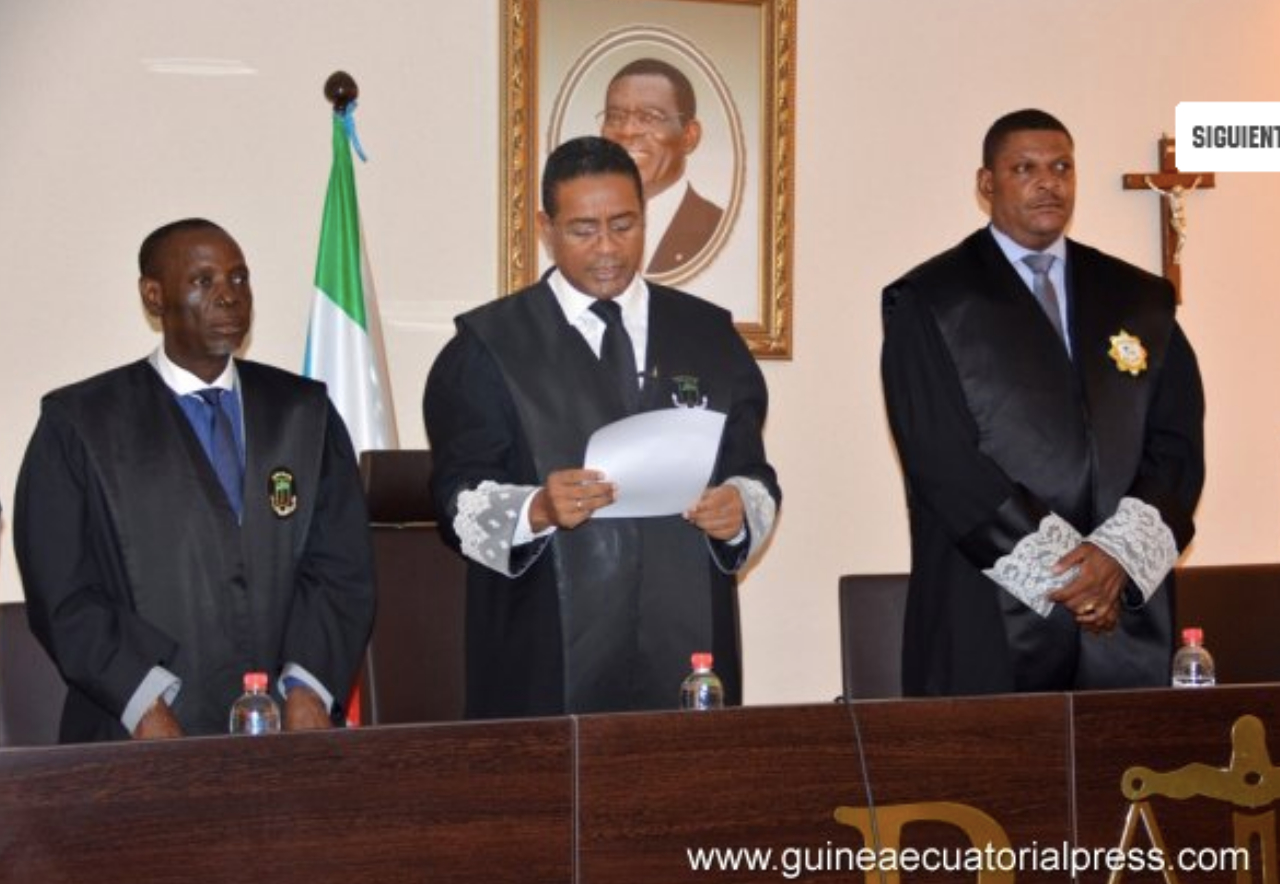 EG Justice, the Center for Studies and Development Initiatives (CEID), and the Equatoguinean Commission of Jurists (CEJ) call on the national and international community to defend judicial independence, as a vital pillar of the rule of law.  The three signatory organizations believe it is critical that no Equatoguinean, among them judges and lawmakers from the Judiciary—officers with immunity, be subjected to arbitrary arrests or have their rights trampled upon.

On February 11, 2020 the former president of the Supreme Court of Justice, Mr. Juan Carlos Ondo Angue denounced, from an undisclosed hiding location, the attempts by security forces to arrest him, and an escalating harassment campaign by the government, following his remarks at the funeral of Judge José Esono Ndong Bindang in July 2018, where he commented on the suspicions surrounding the magistrate’s death "in police custody."  The executive branch immediately dismissed Judge Ondo Angue in August 2018, following his observations, and the death of judge Ndong Bindang—allegedly as a result of torture suffered at that central police station—was never investigated. Instead, Mr. Ondo Angue became the target of attacks by the Minister ofJustice before the human rights committee, and his freedom of movement was drastically curtailed. No one ever communicated to Judge Ondo Angue that he was under investigation, in accordance with the law.

“The government’s behavior drastically contradicts the commitments it assumed before the International Monetary Fund, concerning the rule of law, or its EITI-related commitments that imply the guarantees of freedom of expression throughout the country,” said Alfredo Okenve, VicePresident of CEID, an organization that the Equatoguinean government recently banned.

Equatorial Guinea has ratified the African Charter on Human and Peoples' Rights, the Universal Declaration ofHuman Rights and the International Covenant on Civil and Political Rights, all of which expressly forbid arbitrary detentions, torture, and other forms of inhumane treatment. However, the security forces still torture detainees on regular basis in Equatorial Guinea.

“If Mr.Ondo Angue is arrested, or if he voluntarily shows up at the Ministry ofSecurity, as requested by the government, he will most likely be mistreated, just like many of the judges who have been arrested in recent months, and who, we know, have been tortured” said Tutu Alicante, Executive Director of EG Justice, who also reiterated that the government “must also immediately explain the cases against other imprisoned judges.”

The Equatoguinean Commission of Jurists and the two human rights NGOs want to remind government authorities that perpetrators of serious human rights violations can be subjected to criminal prosecution. Consequently, they call on the security forces to measured their actions, and to strictly observe national and international laws.

"In addition to the international conventions that protect all citizens, the national law includes specific procedures applicable to privileged officers, such as the former President of the Supreme Court," said María Jesús Bikene Obiang, President of the CEJ; who added, "the CEJ does not assess the merits of any potential charges against detained and persecuted judges; rather, we deplore that judicial immunity has been ignored in all these cases involving members of the judiciary, which reflects either deep-rooted ignorance of the law, or reckless disregard for it.”

Finally, the three signatory organizations call on the international community, particularly the International Monetary Fund, the African Commission on Human and Peoples' Rights, and the Special Rapporteur for the Independence of Judges and Lawyers, to stress to the Government of Equatorial Guinea that it must adhere to the rule of law and respect the due process and privileges of persons with immunity, such as judges.